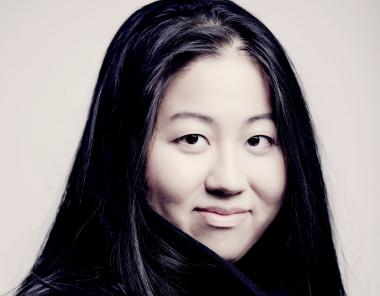 from Seasons: January 'At the Fireside'

excerpt from Traeuma am Kamin

Yu Kosuge makes a return visit after her last sensational concert in 2016 three weeks after winning Japan’s highest musical honour the Suntory Award.  Previous winners have been Mitsuko Uchida, Seiji Ozawa, Toru Takemitzu, and Masaaki Suzuki and the Bach Collegium Japan.  The great strength of her playing was in the extraordinary colours which she drew from the piano and this amazing programme is designed to do just that.  All the works are based around a theme of fire.

We were told by a Japanese visitor at her last concert that when she plays in the Suntory Hall in Tokyo tickets are as rare as hen’s teeth.  An opportunity to hear Yu play in Kelso is not to be missed.

Yu appears at the most important venues in Europe, North America and further afield. Her Carnegie Hall debut recital met with outstanding success with critics praising her “acutely poetic sensibility…wit, drama, and effulgent lyricism”. As well as regular performances in Asia and with all the major Japanese orchestras, Yu Kosuge has worked with many of the leading European orchestras. She has also been invited to numerous festivals for recitals and chamber performances.

Kosuge’s interpretation of Chopin’s 12 Etudes, Op. 10, was equal parts emotional and cerebral, and blissfully void of the exaggerated rubato and affectation that often burden the pieces. Fleeting moments of crystalline textures and pastoral hues gave way to the bold, tempestuous waves that Kosuge created so naturally at the keyboard.’
The Washington Post